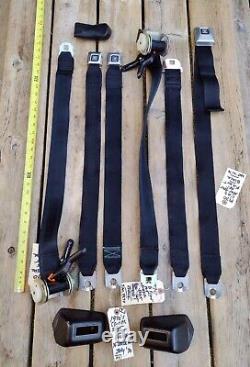 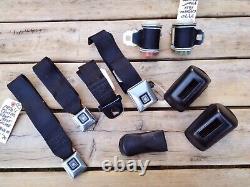 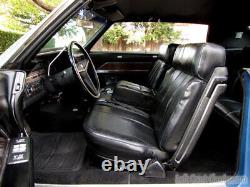 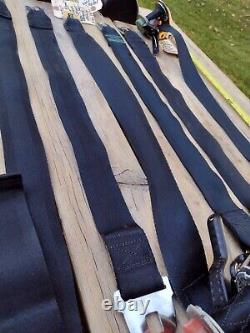 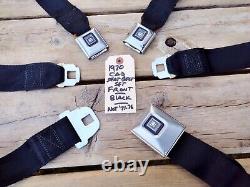 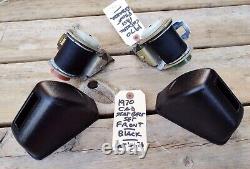 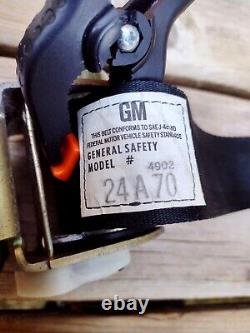 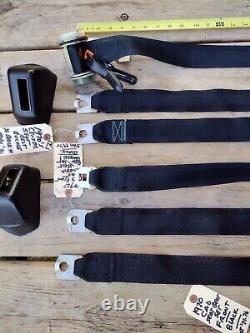 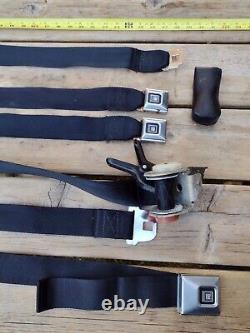 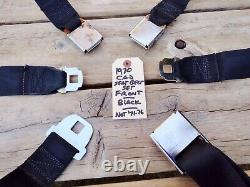 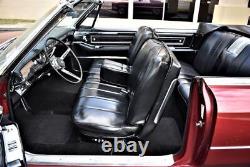 This set is a production date hybrid - I mixed and matched the best black belts from two 1970 Devilles to make it complete nice 6 piece grouping. Details -- The retractors (outer Driver and Passenger Side) have great pull and lock properly when in use. The housing covers, usually scuffed and abuse, are LIKE NEW since I professionally refinished them. The BLACK strapping is beautiful. Clean, flexible, great stitching, etc.

Excellent original strap coloring, no fraying at the edges. Two of the female belts have some light random stains, but they won't be seen since they are bolted to the rear floor and pass through the seat. The buckles are in pretty good shape too - shiny chrome and fully operational. The two retractor male ends are rust free and the LARGE center belt male end almost is too, except for 1 rust dot at the side edge.

The large center female buckle is rust free, but the two "Standard / Small size" buckles both has some rust starting/showing on either the top, bottom or rear side (Note: You can swap out the upper covers with your current belt if they are in better condition). Adjuster mechanism (Center belt) works but it's a little tight. One of the floor bolt cover boots is included as well. Overall I rate the set at Very Good but not Excellent condition.

They appear to be quite similar to the 1965-67 version, so I have listed those cars as SUGGESTIONS for compatability. SEAT BELTS WERE OPTIONAL in the mid 1960's so if your car does not have them then you might have to drill bolt holes to secure them. It's up to YOU to verify the usability in your car PRIOR to purchasing. Suggested models for use are below. 1965-70 Chevrolet Models: BelAir, Biscayne, Impala, Caprice, Station Wagon. 1965-70 Cadillac Models: Calais, Coupe Sedan DeVille, Fleetwood, Brougham, Eldorado (1971-78). 1965-70 Buick Models: Centurion, LeSabre, Electra 225, Riviera, Estate Wagon. 1965-70 Oldsmobile Models: Delta 88, 98, Toronado (1971-78), Station Wagon. 1965-70 Pontiac Models: Catalina, Bonneville, Grandville, Station Wagon. 1970 Front Set - BLACK -- Very Good Condition (7 pieces). This item is in the category "eBay Motors\Parts & Accessories\Car & Truck Parts & Accessories\Interior Parts & Accessories\Interior Safety\Seat Belts & Parts". The seller is "caddypartz" and is located in this country: US. This item can be shipped worldwide.